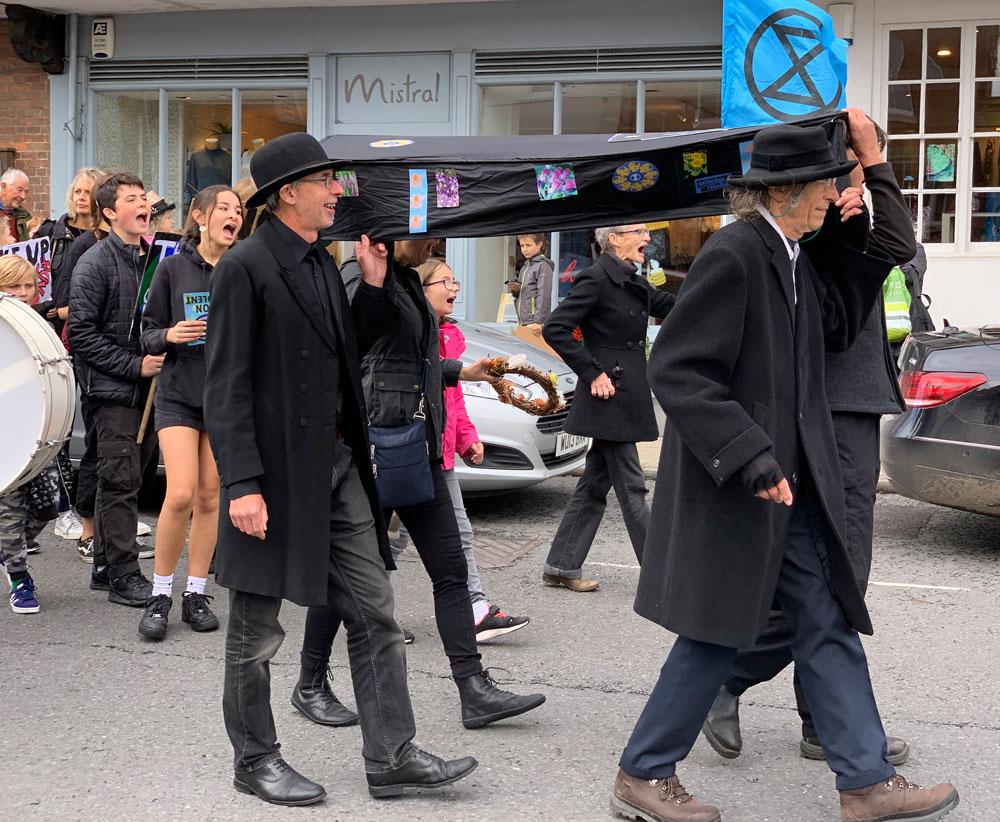 Part of a widespread attention-raising campaign to spell out the real dangers of what is happening to Planet Earth and many of the wildlife species under threat, the march set out to bring home to everyone the importance of doing something now to slow the ever increasing speed of change.

“A chance to symbolically mourn the ecological loss that we have already witnessed but also to sound a warning about the future for humanity if we don’t act on the climate crisis now” stated march co-ordinator and Marlborough resident Gill Goode.

The march bought Marlborough’s traffic to a crawl, even slower than on a normal Saturday morning and marchers took the opportunity to explain to shoppers and passers by exactly what it was for and why the issue has become so prominent of late.

The next protest will be a two week London-centred rebellion against ‘Business As Usual’ due to start on Monday next week – 7 October.

Organisers are encouraging activists to take part in what are planned to be mass acts of civil disobedience, demanding that action be taken to highlight the urgent need for action to avert climate and ecological disaster.