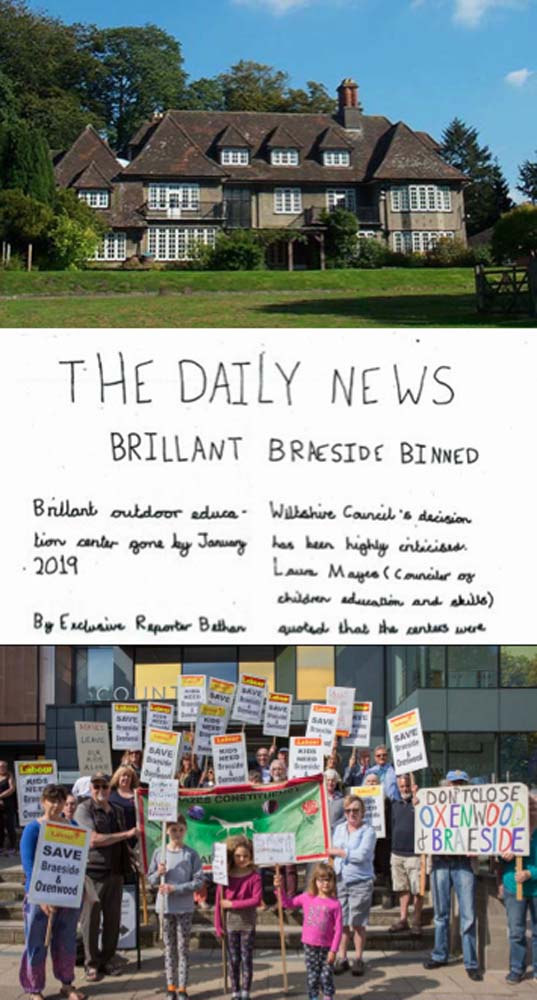 Wiltshire Council have again postponed a final decision on the closure of their two popular outdoor education centres – Braeside in Devizes (pictured above) and Oxenwood near Marlborough.

This makes it certain that the final decision is a matter of finance or procurement rather than one concerning the educational value of the centres.

There has been very little news coming from Wiltshire Council during their consideration of bids to take the centres over.  Marlborough.news understands that they had twenty substantive expressions of interest and have narrowed these down to two preferred bidders.

It would allow the Council to claim they had kept Outdoor Education within the county.  But it is not clear how Wiltshire College’s start-up of a new centre would be financed – or how long it would take to establish.

News on the future of Oxenwood is said to be more favourable, but no definite information is available.

Criticism of the Council’s handling of this process has been severe – including their reported lack of duty of care for the centres’ staff.  It is said that a consultant was brought from London and paid for several months work to sort out the future of the two buildings.

This is the third time a date has been set for a decision – which has led to a drop in bookings and subsequent loss of income for Wiltshire Council.  “This”, one person previously involved with the Council’s outdoor education service told marlborough.news, “is a study in bad management and leadership.”

We know what at least one young user of Braeside thinks of all this.  She was writing at some length in “The Daily News” as “Exclusive Reporter Bethan xxxxx“ under the headline “Brilliant Braeside Binned” – and her report has been passed to marlborough.news. She made her views very clear:

“Wiltshire Council has made a cost cutting decision to close a brilliant outdoor education centre, so they will make a bigger profit.  The centre will be closed in January 2019 in Devizes.”

The Council made [up?] a number of £1.4 million to bring it up to scratch, well when I went it was in good condition…£1.4 million says that the centres are no longer viable.  It is a money driven decision to stop these services yet they are so important for so many reasons.”

“Well I think Braeside is a priority in teaching important outdoor and life skills and all children from all backgrounds can come to escape and learn while still having fun…Breaside is great at outdoor learning, even though math and English is very important, we still need [it] for our journey through life.  The Wiltshire Council will make a fatal mistake for Braeside provides these vital skills in a way other places cannot.”

Ten out ten for excellent argument and language.   And nine-and-a-half out of ten for spelling – which we have corrected a little bit to make for easier reading.