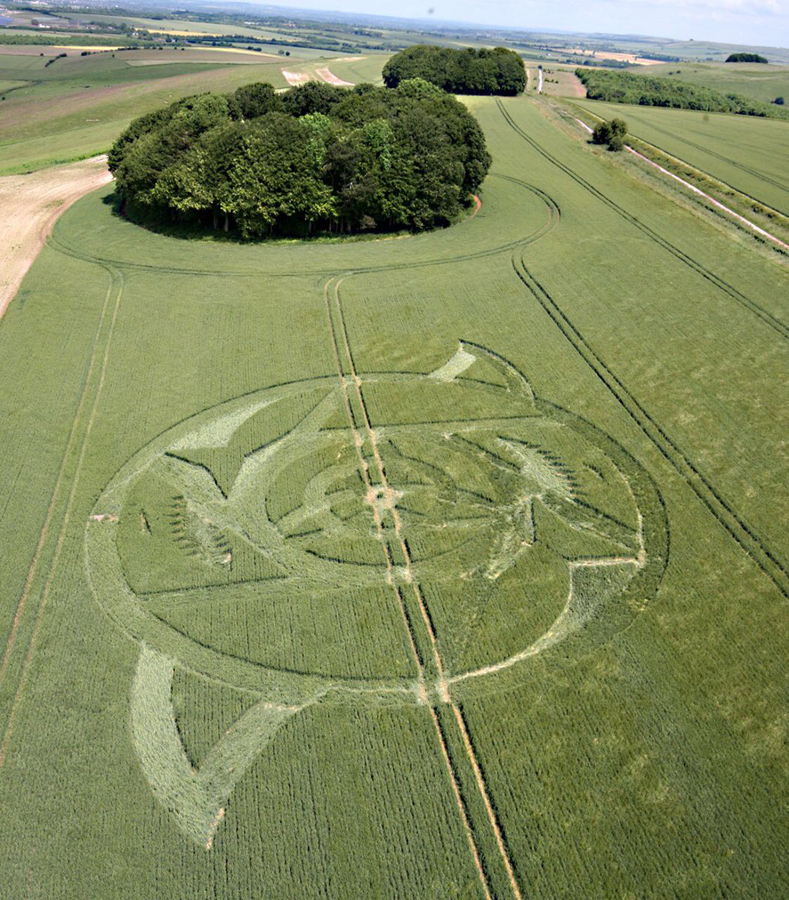 Some will – probably – say it was aliens wot dunnit. Others that very clever crop circle designers have returned to Hackpen Hill with charitable intent and a very large design that goes way beyond the term ‘crop circle’.

This pattern-in-the-field is on Weir Farm, Uffcott. Last year James Hussey, who had recently lost his wife to cancer, opened up his crop-circled field at Hackpen to raise money for the Great Western Hospital’s Brighter Futures fundraising campaign to build a radiotherapy unit to GWH – bringing cancer care closer to Swindon and the northern population of Wiltshire.

He raised a tidy sum.

You can visit this year’s ‘circle’ – in return for a donation to this fund.