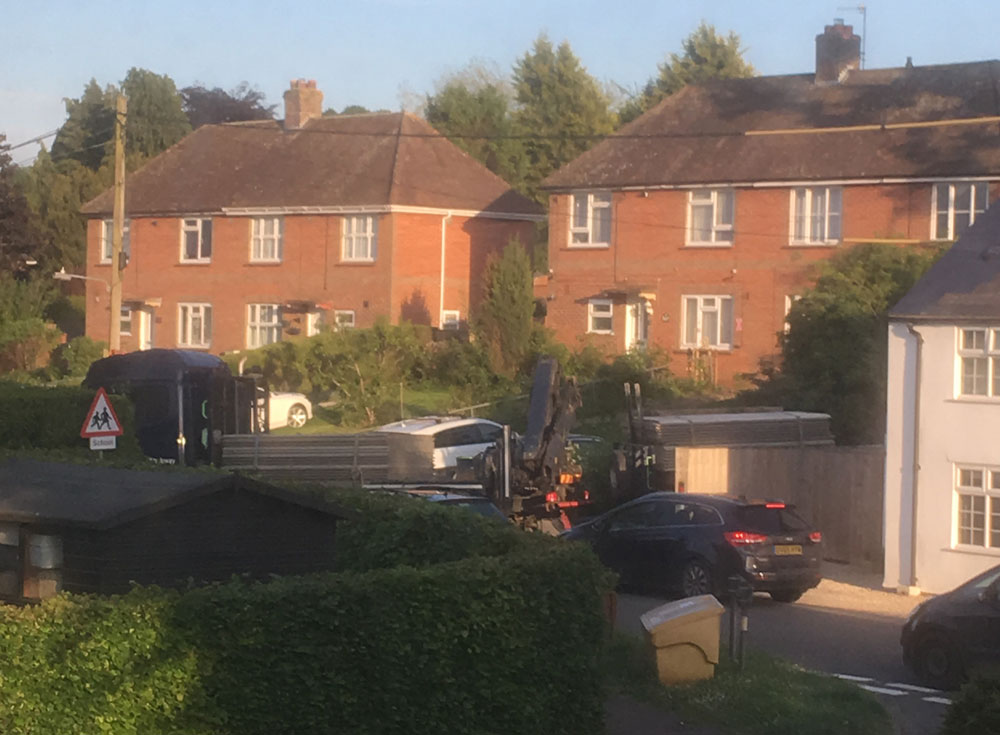 Manton came to gridlock last night (Wednesday 22 May) after a large lorry with trailer carrying ‘concrete sheets’ got stuck having taken a short cut to avoid the A4 road closure.

“Must have got a bit lost”… “There was no weight limit” stated a representative of the haulier, Livetrakway of Chesterfield when asked why the lorry had driven down the extremely narrow Manton Drove whilst attempting to make a delivery to Bowood House some fifteen miles away .

It appears that the driver followed the SatNav and chose Manton Drove as a shortcut back to the A4 rather than follow the Wiltshire Council directed and signed diversion via Pewsey and Devizes. 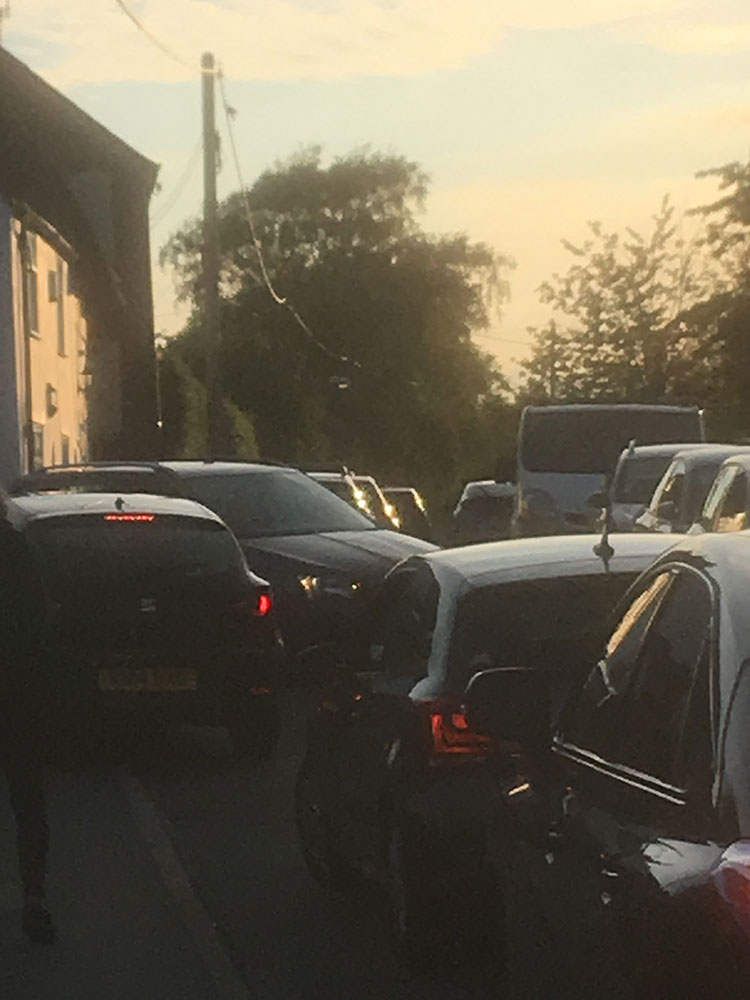 The junction of Manton Drove and the High Street is extremely narrow, difficult for any large vehicle to negotiate even when there are no cars parked nearby

“Traffic was backed up in both directions and took some while to clear” stated Manton resident Chris Witcomb. “They should put a size and weight limit on the Drove to avoid this” he added, “The only good news is when the A4 is shut so is the school”.