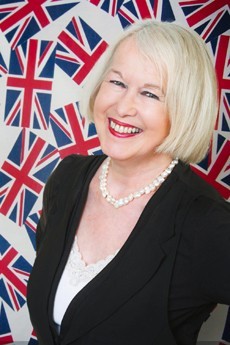 She put out the flags for the Olympic torch, waved them about for the jubilee, welcomed a royal visitor and oversaw the planting of a new community orchard. Now, in her final act as mayor, Edwina Fogg has saved the public conveniences that bear her family name.

The toilets beneath Marlborough’s historic Town Hall were opened by Edwina’s husband, then-mayor Nick Fogg, in 1985, and the nickname Fogg’s Bogs stuck.

But the loos were mothballed by Kennet District Council in 2005 to the chagrin of residents, as part of a district-wide programme of closures to save money.

Now the toilets are to be refurbished and reopened, after Marlborough Town Council swung a property deal with Wiltshire Council.

Under the new deal, the Town Council will sell the toilets at Chantry Lane, which were transferred from district council ownership to the town during those cuts in 2005.

Wiltshire Council has agreed to waive the covenant restrictions placed on the Chantry Lane loos, on the proviso that as well as reopening the Town Hall toilets the council refurbishes the facilities at George Lane – saved from Kennet’s axe after a vociferous public campaign.

Marlborough Town Council reckons on getting in the region of £150,000 when it sells the under-used and badly-signposted Chantry Lane toilets.

The mayor – who first mooted the idea of reopening the toilets in her inaugural speech last May – outlined her plans to town councillors on Monday (January 28).

The deal was rubber-stamped by the area board on Tuesday, after she told members: “This is a fantastic opportunity that may never happen again.”

Now the town is faced with one final dilemma, over the position of the apostrophe: Fogg’s Bogs or Foggs’ Bogs?

TwitterFacebookLinkedInE-mail
Previous Post: « Oxfam invites Marlborough to Get Together for International Women’s Day
Next Post: Wiltshire runs ahead of its target to place 1,000 people in apprenticeships by next July