Three St John’s IB students, a 75-strong audience, two great explorers and one mesmerising story teller added up to a brilliant evening at the Theatre on the Hill on Wednesday (October 22.)

St John’s International Baccalaureate students Viki Rutt, Olivia Freeman (pictured) and Emily Palmer organised the evening featuring the renowned historian and public speaker Rob Caskie as part of the Creativity, Action and Service element of their IB course for which they need to carry out 50 hours of volunteer work.

Rob Caskie presented “Going South with Scott and Shackleton.” – a chronicle of the expeditions of Robert Scott and Ernest Shackleton.

Since 2004, Rob Caskie has presented his talks on history extensively in the UK and South Africa to both corporate and private audiences. His achievements were recognised with the honour of being invited to speak twice at the Royal Geographical Society in London – first in 2010.

Then in 2012, to mark the centenary of Scott’s ill-fated expedition, Rob was invited to present his talk ‘Going South with Scott & Shackleton’, fulfilling his lifelong passion for Antarctica. 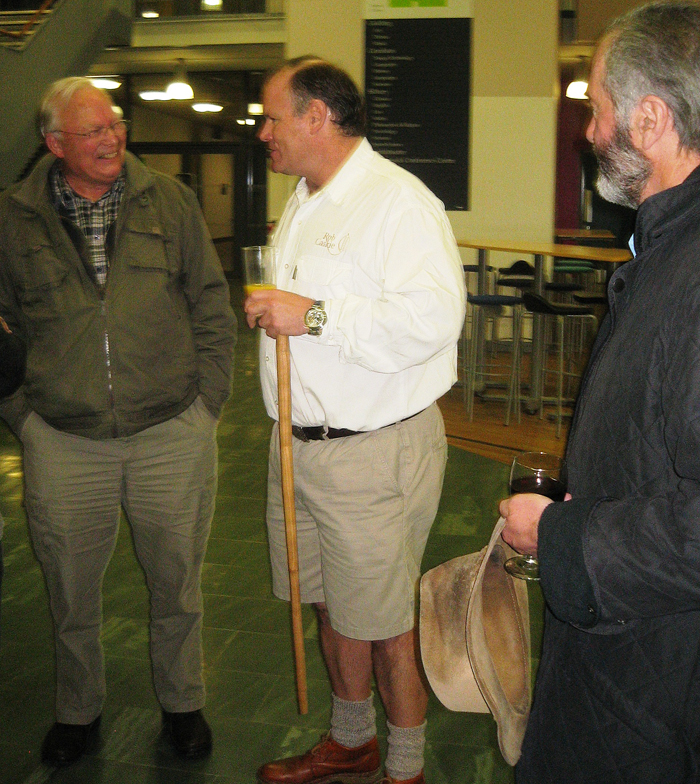 The evening was attended by over 75 guests, who were enthralled by Rob’s storytelling. His unique approach dispenses with visual aids or a microphone. He simply stands in front of the audience and talks about the expeditions. An hour of fascinating information seemed over in no time at all. And all he did was talk!

The courage and fortitude of the Antarctic explorers is vivid from the outset. It is the detail which impresses, from the colour of the ponies, through the appalling conditions, to the eating habits of the dogs. The members of the expeditions, their personal lives and characteristics are all unforgettably explained, sometimes quite disturbingly.

His hour-long lecture was enthusiastically received by the audience and by the NSPCC, to whom the evening’s proceeds were donated.  Caroline Morgan, Community Fund Raising Manager for the NSPCC, was most impressed by the students’ efforts in organising the evening.

Before and after the lecture guests, the organising team and Rob chatted happily.

And how did it feel to have organised such an event? “With work from school as well as organising the event it has been quite stressful,” said Viki Rutt, “but it’s also been really rewarding as well.”

What a result! Marlborough Youth Football Club named Wiltshire’s sports club of the year
Next Post: No hint of progress on campaign to extend rail electrification to Bedwyn and Pewsey