On Saturday (September 20) Mayor Marian Hannaford-Dobson opened an exhibition at the Merchant’s House to commemorate the outbreak of war in 1914.

The exhibition is on a small scale, but contains many unexpected and fascinating stories, photographs and memorabilia – much of it with a direct relationship to Marlborough’s part in that war.

On one side of the room there is a tableau showing part of a Voluntary Aid Detachment (VAD) hospital – like the one that was established at Marlborough’s Wesley Hall.

There is a figure of a soldier wearing on one sleeve two blue chevrons marking his two years service overseas, and on the other sleeve his good conduct chevron. And there is the figure of a Red Cross nurse in her full uniform.

On the wall is a remarkable survival from a century ago: a St John’s cotton arm sling printed with drawings and instructions showing different ways of tying it to help various parts of the body.  It has only survived because someone, probably quite a long time ago, decided to frame it as a memento. 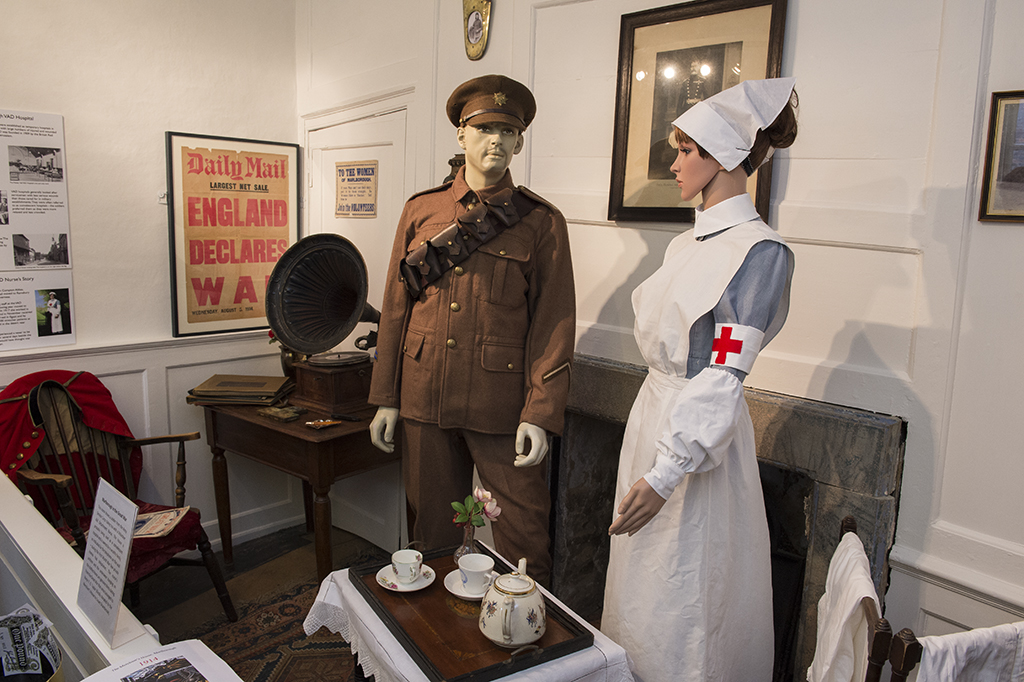 One of the stars of the exhibition is Miss Beatrice Bull who was Angie Dickens’ great aunt and lived to be 104.  Just out of her teens when war broke out, she was nanny to the Free family who lived on the north side of the High Street.

As she shepherded the young Frees around the town, Beatrice obviously met a lot of the soldiers who were stationed in the town.  And she recorded their names and addresses in a notebook, which has survived and is in the exhibition.

Beatrice’s brother, Angie Dickens’ grandfather, was a serving soldier on the Western Front and his Bible and a photo of him are in the exhibition.  Also there is his Princess Mary presentation tin – given to the troops at Christmas 1914 – the first year in which the famous “It’ll be over by Christmas” promise was proven wrong.

One of the soldiers to feature in Beatrice’s little notebook was Private Francis Luther Bennett.  And his story can be traced through to his lucky rescue by the Japanese (who, it is easy to forget, were fighting on the Allied side in the First Word War.)

Bennett was sailing from Marseilles to Alexandria in the troopship Transylvania when she was struck by a torpedo fired by a German submarine.  A Japanese escort ship rescued 4,000 of the soldiers and nurses on board.  But she was struck again and sank quickly – killing 412 men.

Perhaps it was Bennett’s Army Service Corps great-coat, gauntlet, goggles and cap that Beatrice is wearing in the photograph of her that features in Roger Day’s new book which has just been published: The Western Kennet Valley in the Great War. 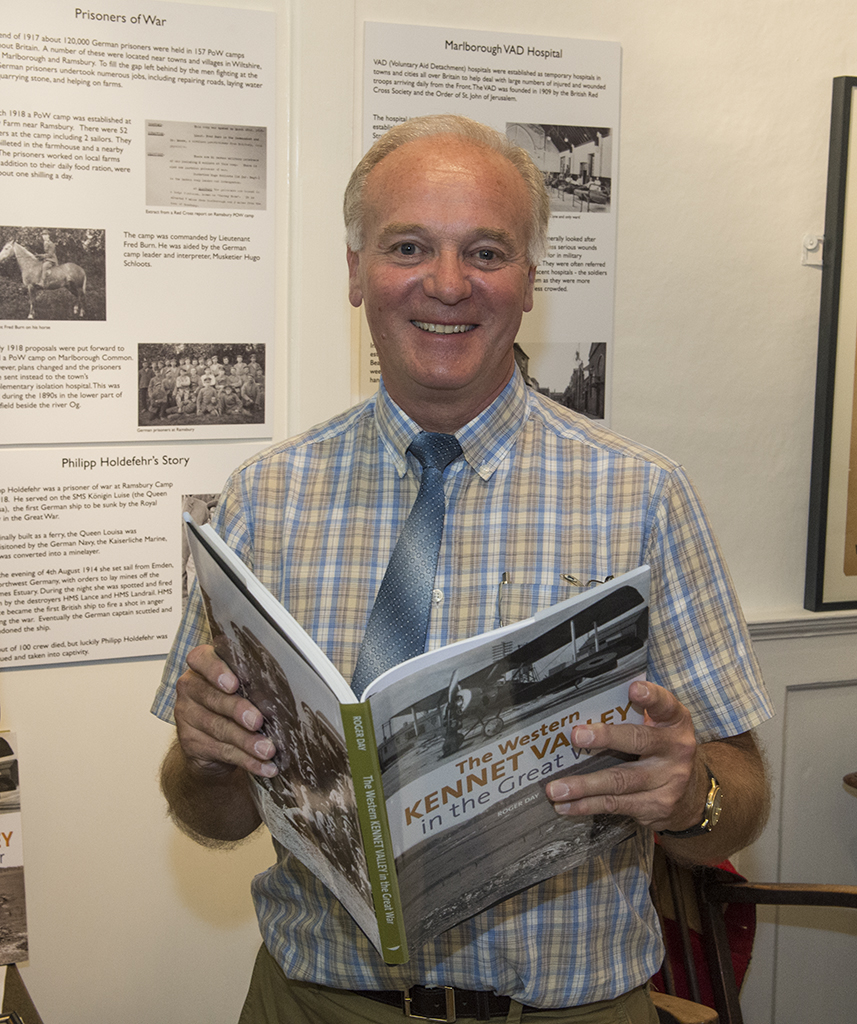 Roger Day’s main interest in the history of the local area has been in the Second World War and his four books to date include the standard work on Savernake forest during that war.

His new book is full of wonderful photographs and interesting angles on the western part of the Kennet valley a hundred years ago and its military connections.  There is a revealing chapter on ‘Those Magnificent Men’ and their early fighting aircraft. This reveals the full importance of Yatesbury’s pioneering aerodrome.

There is also a really fascinating chapter on farming in the area during the war and how farmers, with many of their workers in the farmed orces, struggled to feed the nation hit hard by the German blockade. It also tells how German prisoners of war were used to help work the land.

And on Saturdays one of the curators will be on hand to answer visitors’ questions and advise on any First World War memorabilia they may have at home.

The day after the referendum, Marlborough celebrates another special relationship – with its New Zealand namesake
Next Post: From Alice to Zombies – Pewsey Carnival presents the A to Z of costumes and themed floats