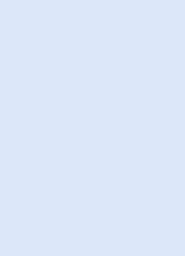 Year 7 St Francis pupil, Will Miller has helped the Wiltshire U11 cricket team to finish the season unbeaten.

Will, who captained the team, was part of the 1st XI who won against neighbouring county sides including Dorset, Somerset and Gloucestershire, in season of exceptional sportsmanship.

The Wiltshire side faced an unbeaten Gloucestershire for their final match, and both sides battled valiantly to maintain a pristine record, however Wiltshire were ultimately victorious, ably led by Will.  Wiltshire teammate Harry was also at St Francis, before moving to Dauntsey’s School on a coveted Sports Scholarship.

Kevan Brown, Director of Sport at St Francis was full of praise for the Year 7 pupil “Will is a phenomenal sportsman, and it has been wonderful to see this recognised and rewarded at a county level. Will has shown his innate leadership abilities in leading the team through such an outstanding season and look forward to watching him develop through the coming year at school.”

Headmaster at St Francis, David Sibson effused “This has been a brilliant season for Will and Harry – both outstanding sportsmen. Will has shown maturity beyond his years by captaining his team to such a phenomenal outcome. I look forward to hearing of both boys’ future successes, of which I have no doubt there will be many.”

‘Climb any mountain’ – or try any of the twelve other sports at Marlborough Sports Festival on Saturday week
Next Post: ‘Which?’ is the UK’s best-rated town or village? Avebury, of course!