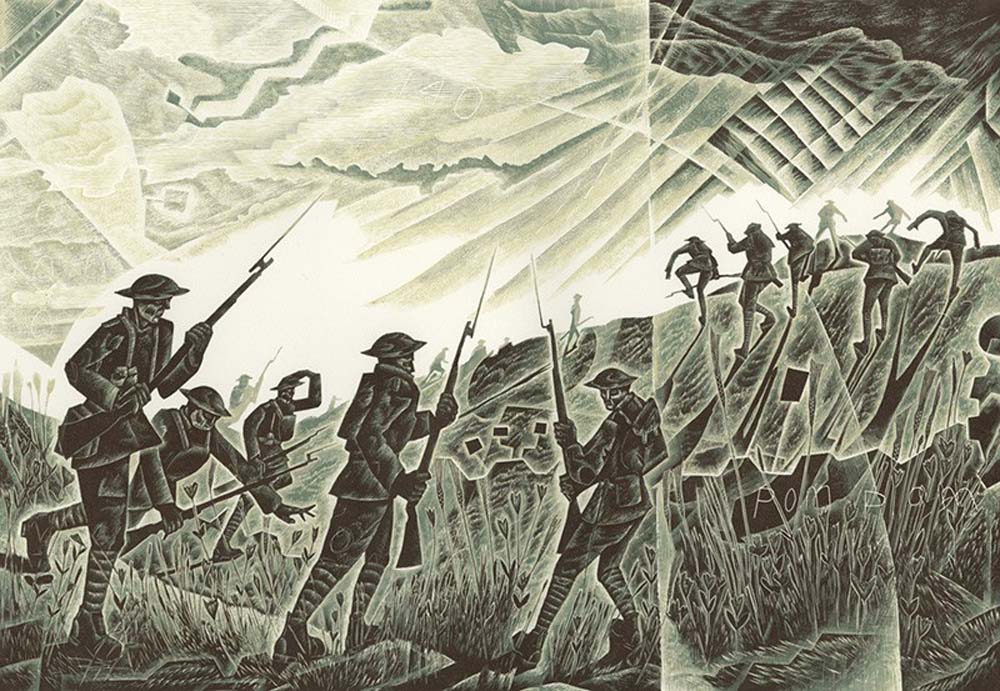 To commemorate Owen’s life and work – and all whose lives were lost in the First World War – Rabley Gallery (near Marlborough) have launched a specially commissioned portfolio of limited edition engravings from the series by Neil Bousfield.

These seven stark and finely imagined engravings are now available to buy at Rabley Gallery as a special offer portfolio set or individually.

Neil Bousfield is one of the most talented engravers working today. He is an elected member of The Society of Wood Engravers and a Fellow of the Royal Society of Painter-Printmakers. His work can be found in numerous public collections including the National Art Library, the Victoria and Albert Museum and the Ashmolean Museum.

The portfolio can be viewed online or – by appointment – in person at Rabley Gallery or at their London studio.