April is the centenary of the Battle of Doiran in northern Greece.  After the failure of the Gallipoli campaign in 1915 the British and French decided to send armies to Salonika in northern Greece) to counter the threat from Bulgaria who were allied to the Central Powers. Part of that British army was the 7th Battalion of the Wiltshire Regiment.  For two years the warfare was like the Western Front with a stalemate of trenches, barbed wire and fortified machine gun posts.  The features of the battlefield were given names from Wiltshire such as Rockley Hill, Swindon Hill etc. 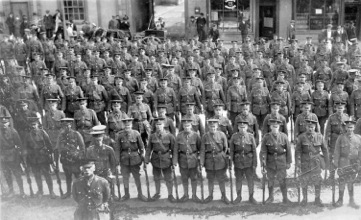 One of the “missing” at the Battle of Doiran was my grandfather Andrew Fergusson who left a widow and seven children living at Braydon Oak in Savernake Forest.  In spite of their loss, the family had a very happy future life with the youngest of the seven (also Andrew), dying only a few years ago. 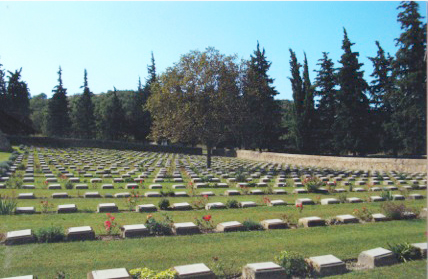 Three of Andrew’s grandchildren, myself, my brother Chris and my sister Rosemarie together with our spouses made a pilgrimage to the site of the battle and the Doiran Memorial, six years ago.  This followed on from a pilgrimage over thirty years earlier by our mother, Rose and two of her sisters.  The War Cemetery is kept in a beautiful condition by the gardener who is the son-in-law of the gardener at the time of our parent’s visit.